What Kind of Impact Will the Presidential Election Have on America’s Housing Market?

Ahh, the year 2020! Decades from now, History textbooks will associate this year with many things: The Global Pandemic, a recession that caused unemployment claims to soar, and a slew of other unprecedented events. With all the historic moments happening this year, it’s hardly surprising to believe that 2020 was also fated to be a Presidential Election Year.

With how volatile the Housing market has been the past two decades, it is hard to believe that throughout the past year, Real Estate is one of the only investment markets that has remained relatively untouched.  What’s even more flabbergasting is that some aspects of Real Estate have grown in the past year! For example, according to a new forecast released by the National Association of Realtors, there may be more homes purchased this year than last year.

As we close out the remainder of the year, the country is preparing for an undoubtedly contentious election season, perhaps even the most controversial election of the century, depending on who you ask. When predicting the future impacts the election may have on Real Estate, it’s important to take a look back into history and see which direction the Housing Market swayed in past elections.

Do home sales decrease during a presidential election year?

BTIG, a research and global financial services firm, investigated the metric of new home sales from the year 1963 until 2019 in their report they called One House, Two House, Red House, Blue House. You can read that report’s findings here. According to the report, in non-presidential years, there is a -9.8% decrease of home sales in November when compared to the month of October. This is to show that a slowdown in activity as we get further into the fall season is normal: this is a seasonal decrease.

However, the report also reveals that on years which fall on a Presidential Election, that monthly drop increases to -15%. This is attributed to added homeowner caution in the face of the uncertainty of the changes that a new President may bring. However, this caution is only temporary and deferred sales almost always follow early into the new year.

In another study that was completed by Meyers Research & Zonda, Ali Wolf, Chief Economist, the delayed home sales theory is also supported. The article says:

“History suggests that the slowdown is largely concentrated in the month of November. In fact, the year after a presidential election is the best of the four-year cycle. This suggests that demand for new housing is not lost because of election uncertainty, rather it gets pushed out to the following year.”

Overall, experts in the market agree that despite the homebuyer caution that accompanies practically every Election Year, there is nothing to fear. If mortgage rates remain at their current rock-bottom rates, the economy continues to heal, and unemployment numbers continue to improve, the Real Estate Market should come out of the other side of 2020 strong and remain that way well past the election. 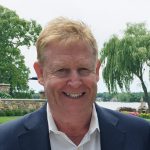 What Kind of Impact Will the Presidential Election Have on America’s Housing Market?

An error has occurred:

An attempt was made to request data that is not available to the key that was used to authenticate the request.API Error ID: 544DD7789CC1449A98AAC2BBB0DEDD51 The API says: [The site you are attempting to access has been disabled] While attempting request to (http://api.wolfnet.com/core/auth).